Our Board consists of 11 Directors, 3 of whom are executive directors and thereby accountable and responsible for the day-to-day running of the business. Amongst the remaining 8 non-executives, 5 are independent directors. 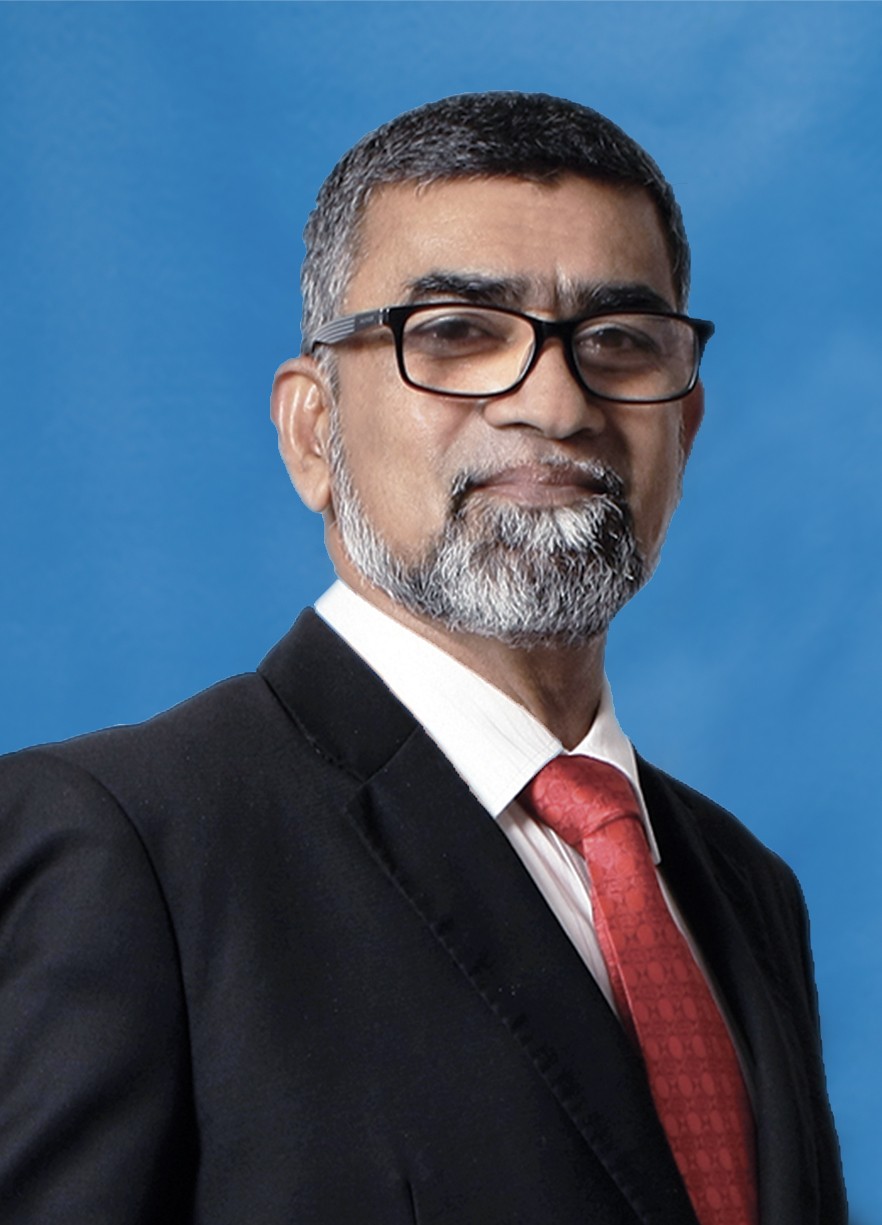 Dato’ Mohamad Nasir bin Ab. Latif, born in 1958, a Malaysian, graduated in 1989 with a Bachelor’s degree in Social Science (Economics) from Universiti Sains Malaysia and obtained a Certified Diploma in Accounting and Finance from the Association of Chartered Certified Accountants in 1996. He holds a Master of Science in Investment Analysis from University of Sterling, United Kingdom in 1999.

Dato’ Mohamad Nasir’s career at the Employees Provident Fund Board (EPF) spanned 37 years, starting out as a State Enforcement Officer and rising through the ranks to become General Manager of the International Equity Department before becoming EPF’s Investment Chief in 2013. He retired as Deputy Chief Executive Officer (Investment) from EPF on 31 December 2019.

He is the Chairman of PLUS MALAYSIA BERHAD and RHB Islamic Bank. He also serves as a member of the Board of Directors of RHB Bank Berhad, Malaysian Resources Corporation Berhad (MRCB), Malaysian Airports Holdings Berhad (MAHB) and Yinson Holdings Berhad. 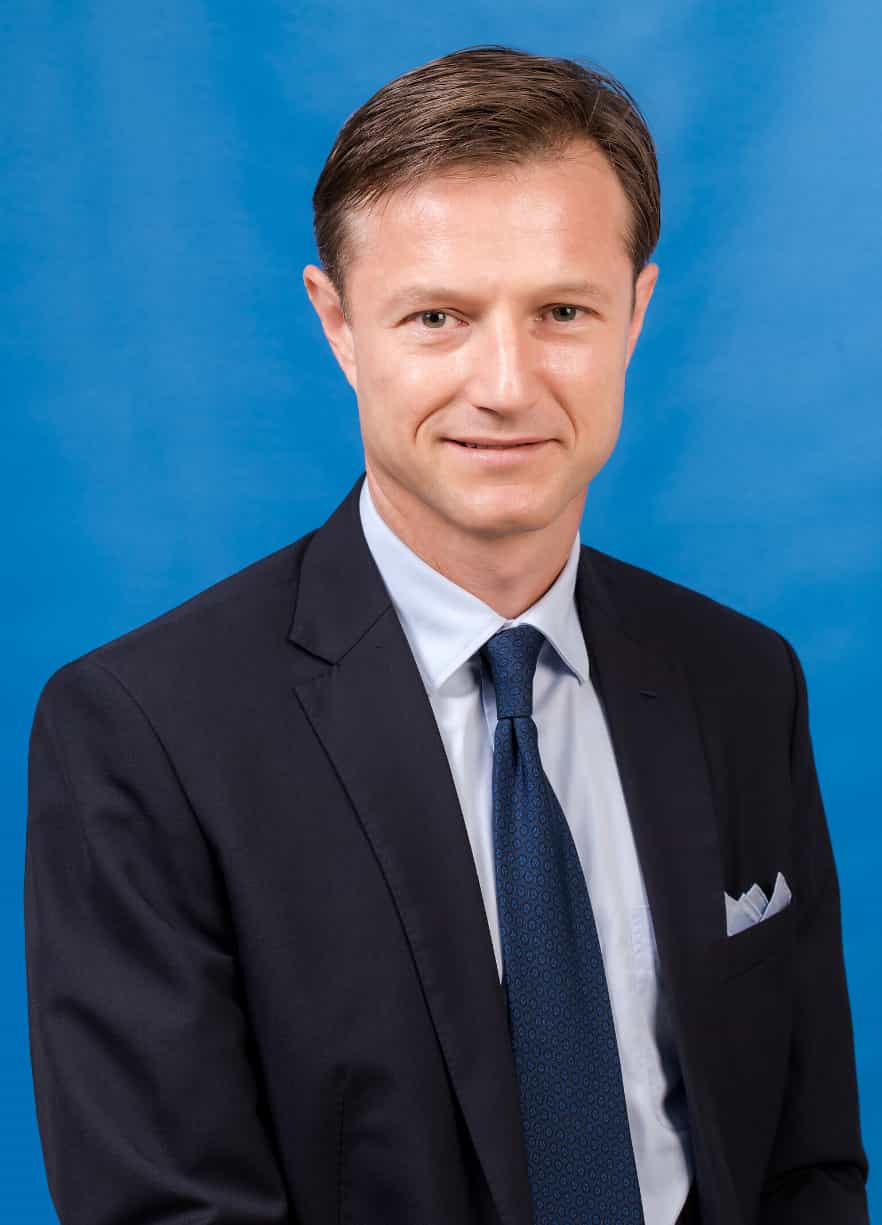 Appointed director of the Company on 1 January 2000, and elected Vice-Chairman on 8 March 2002, then appointed Chief Executive Director (CED) of United Plantations Berhad on 1 January 2013. Dato’ Carl Bek-Nielsen, born in Petaling Jaya in 1973, is a Danish citizen with
Permanent Resident status in Malaysia. He started his career with the Company in 1993 as a Cadet Planter, leaving a year later to pursue his tertiary education in Denmark where he graduated with a B.Sc. degree in Agricultural Science from the Royal Veterinary and Agriculture University of Denmark. In 1998, he returned to Malaysia to take up the position of Corporate Affairs Officer with the Company. He was promoted to the position of Executive Director (Corporate Affairs) on 1 March 2000. On 9 November 2004 he was appointed Director In-Charge of Unitata Berhad.

He is the Chairman of United International Enterprises Limited (UIEL), a public listed company on the NASDAQ OMX Copenhagen A/S. He is also a Board Member of the Schorling holding company, based in Stockholm.

On 17 November 2014, he was appointed on to the RSPO Board of Governors as Co-Chairman representing the MPOA and was re-elected in November 2019 to continue serving as the Co-Chair of the RSPO.

He is the brother of Mr. Martin Bek-Nielsen, and a Board representative of the Company’s two major shareholders, UIEL and Maximum Vista Sdn. Bhd. He is deemed interested in various related party transactions between UP Group and certain companies carried out in the ordinary course of business as disclosed in Note 27 to the Financial Statements. 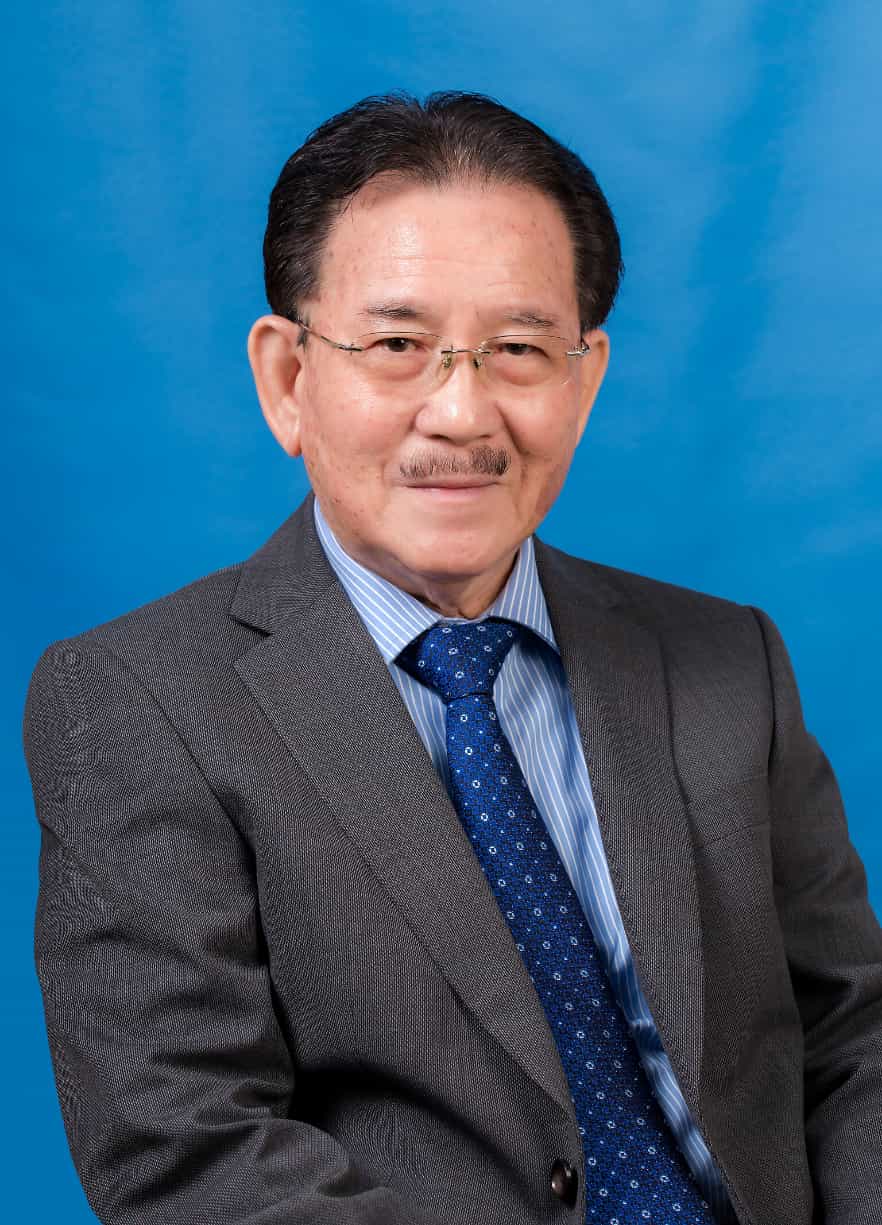 Mr. Ho was appointed, on an advisory capacity as Visiting Director/Advisor from 1 January 2019 to 31 December 2020.

He is also a director of United International Enterprises (M) Sdn. Bhd. and Maximum Vista Sdn. Bhd. He is not on the Board of any other public listed company.

He is a Council member and Deputy President of the Malaysian Agricultural Producers Association (MAPA) and Chairman of its Finance/Executive Committee. 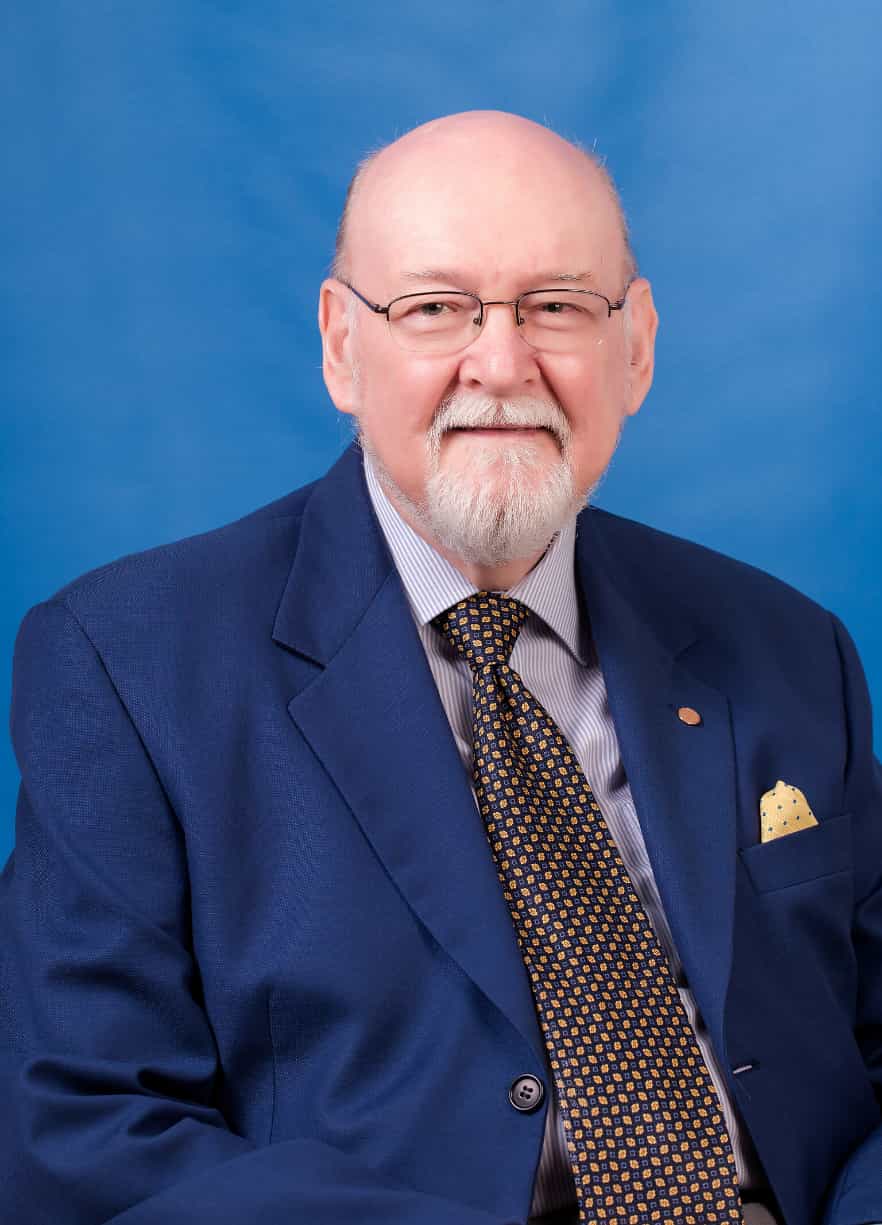 Independent, Non-Executive Director
Chairman of the Audit Committee and a member of the Nomination and
Remuneration Committees.

Appointed director of the Company on 31 July 2001, Dato’ Jeremy Derek Campbell Diamond, born in 1940, a British citizen with Permanent Resident status in Malaysia, graduated from Durham University with a B.Sc.(Hons.) in Agricultural Economics and Management in 1963.

Commenced his career in Malaysia in 1963 as a Planter with Socfin Company Bhd, and served in that company in various capacities until his appointment as General Manager/Chief Executive Officer (CEO) in 1977. He held that position for 24 years until his retirement in 2001. Currently, he is on the Board of a number of private companies which include Jedecadi Sdn. Bhd. and AFN Sports Sdn Bhd. 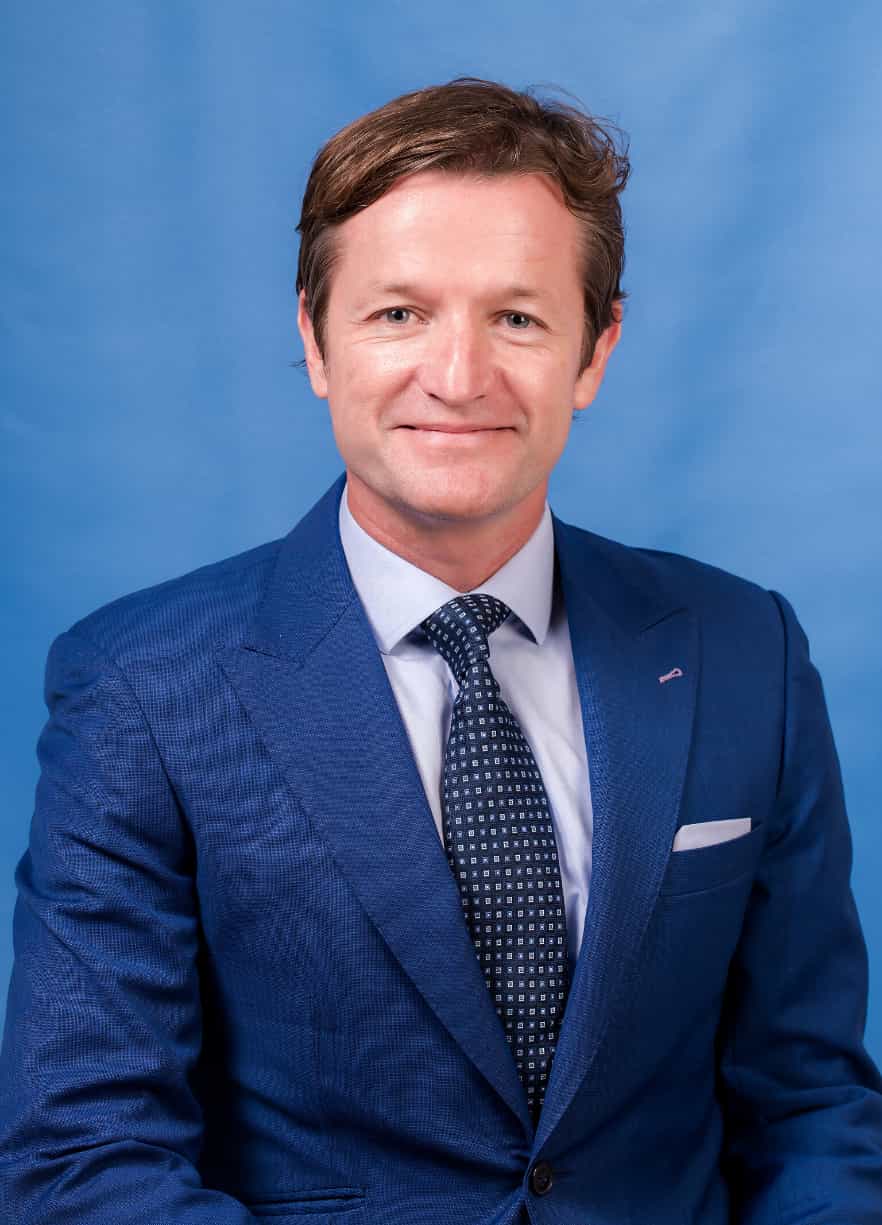 Appointed to the Board on 29 August 2000, Mr. Martin Bek-Nielsen, born in 1975, is a Danish citizen with Permanent Resident status in Malaysia. He served in The Jutland Dragoon Regiment during 1994 after which started his career with the Company as a Cadet Planter in 1995. In 1996, he left Malaysia to pursue his tertiary education in Denmark, and graduated with a B.Sc. degree in Agricultural Economics from the Royal Danish Agricultural University of Copenhagen in 1999 and returned to United Plantations to take up the position of Corporate Affairs Officer. In 2001, he was appointed to the position of Executive Director and on 20 February 2003 was promoted to his current position of Executive Director (Finance and Marketing).

He is the Deputy Chairman of United International Enterprises Limited (UIEL), a public listed company on the NASDAQ OMX Copenhagen A/S.

He is the brother of Dato’ Carl Bek-Nielsen, and is a Board representative of the Company’s two major shareholders, UIEL and Maximum Vista Sdn. Bhd. He is deemed interested in various related party transactions between UP Group and certain companies carried out in the ordinary course of business as disclosed in Note 27 to the Financial Statements. 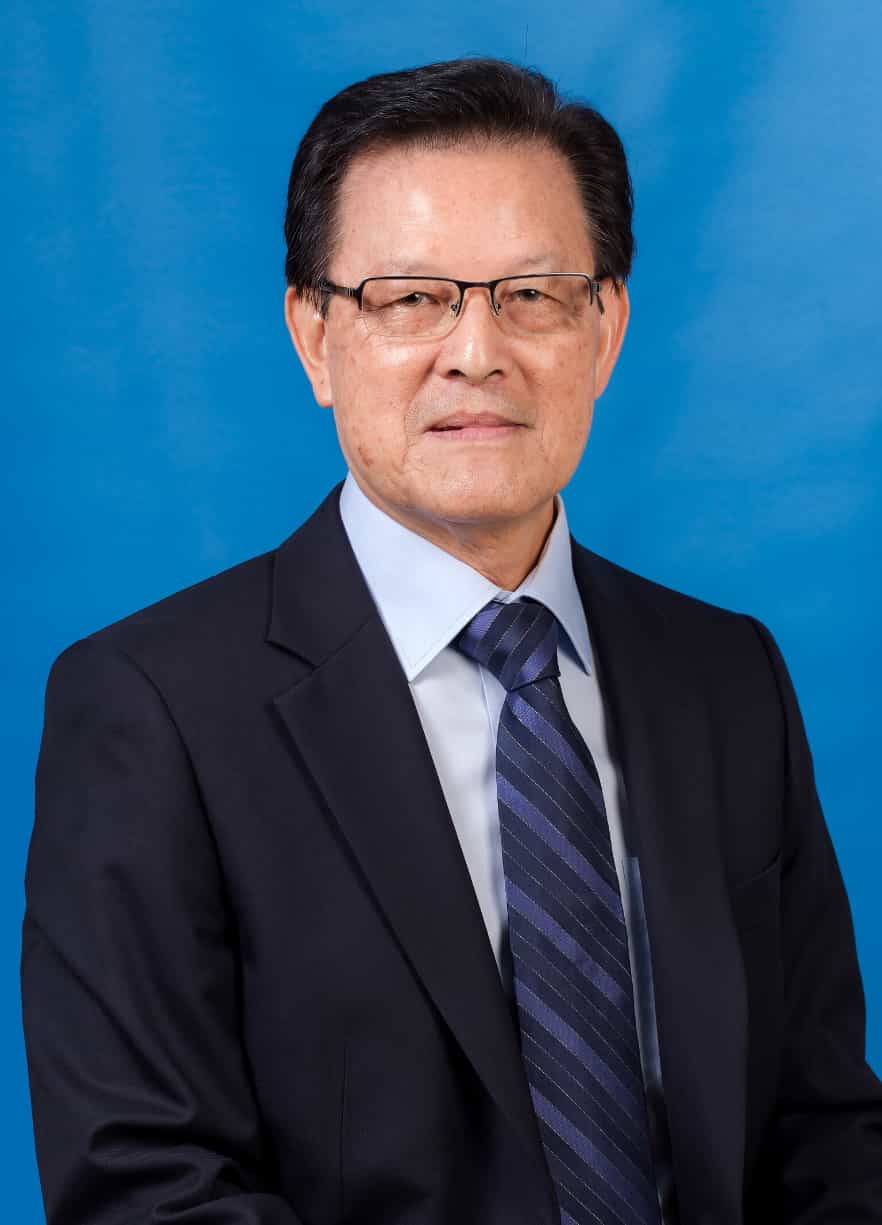 Appointed to the Board as Executive Director (Estates) on 1 January 2013, Mr. Loh Hang Pai, born in 1948, a Malaysian, graduated from the Serdang Agricultural College. He served Kumpulan Guthrie as Junior Assistant in 1969 and subsequently joined United Plantations Berhad on 1 January 1973 as an Assistant Manager. He served the Company in various positions and was promoted to the position of Estates Director on 1 January 2004.

He is not on the Board of any other public listed companies.

He was actively involved in various activities of the planting associations, having held the position of Chairman, Perak Planters Association, President of United Planting Association of Malaysia and Chairman of Malaysian Cocoa Growers Council.

Currently, he is Chairman, MPOA Security Services Sdn. Bhd.. He is a Council Member and Second Deputy President of the Malaysian Agricultural Producers Association (MAPA). He is Convener of MAPA’s Oil Palm and Coconut Committee, Chairman of MAPA’s Negotiating Committee and had been actively involved in the Negotiations of several MAPA/NUPW and MAPA/AMESU wage agreements. 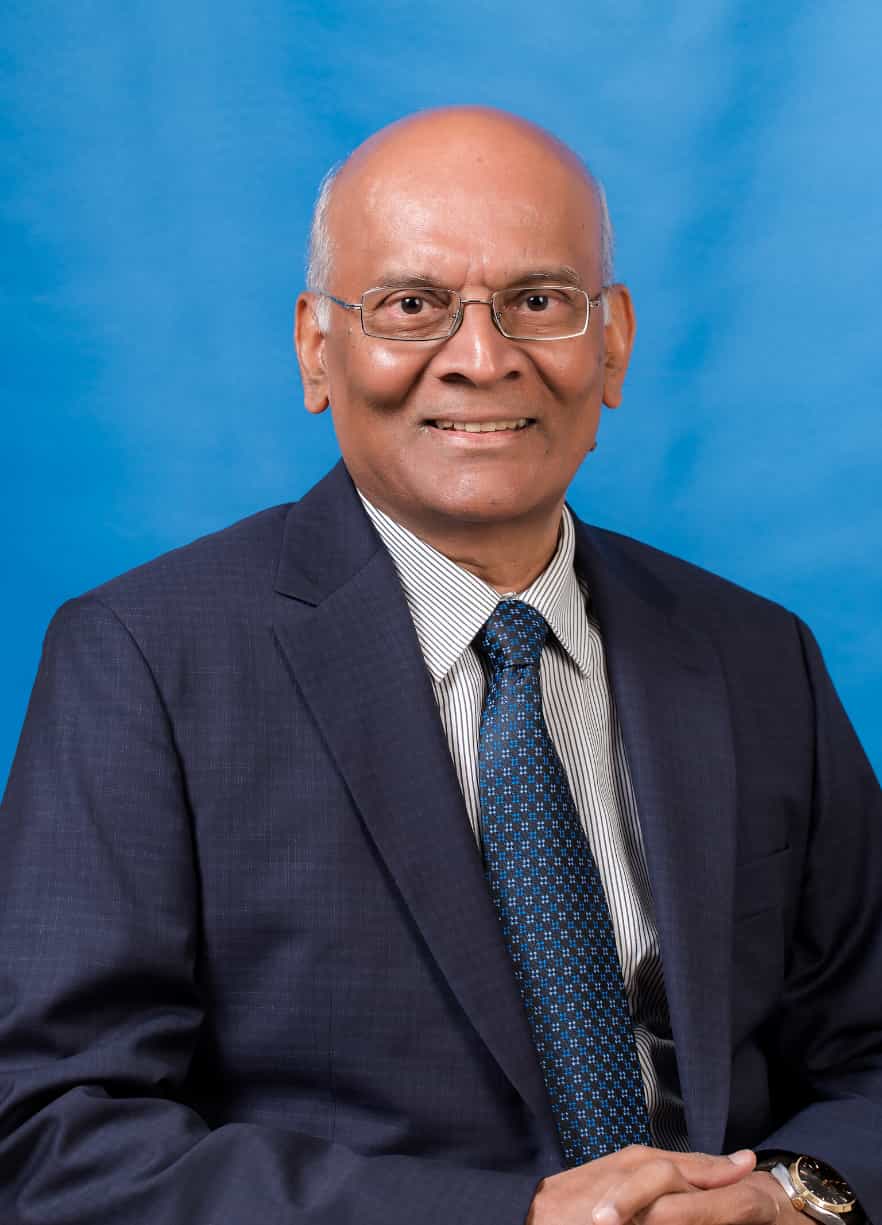 Appointed director of the Company on 1 June 2013, Mr. R. Nadarajan, born in 1948, a Malaysian, joined the company in 1977 as a Management Accountant, after having qualified and worked in the UK in various capacities in management accounting and finance. He was promoted to the position of Financial Controller in 1980 and to the position of Company Secretary/ Group Manager Finance in 2000. He retired in 2012 as Group Financial Adviser, a position he held since 2008 on retirement as Company Secretary/ Senior Group Manager, Finance.

He is also a director of a private limited company. 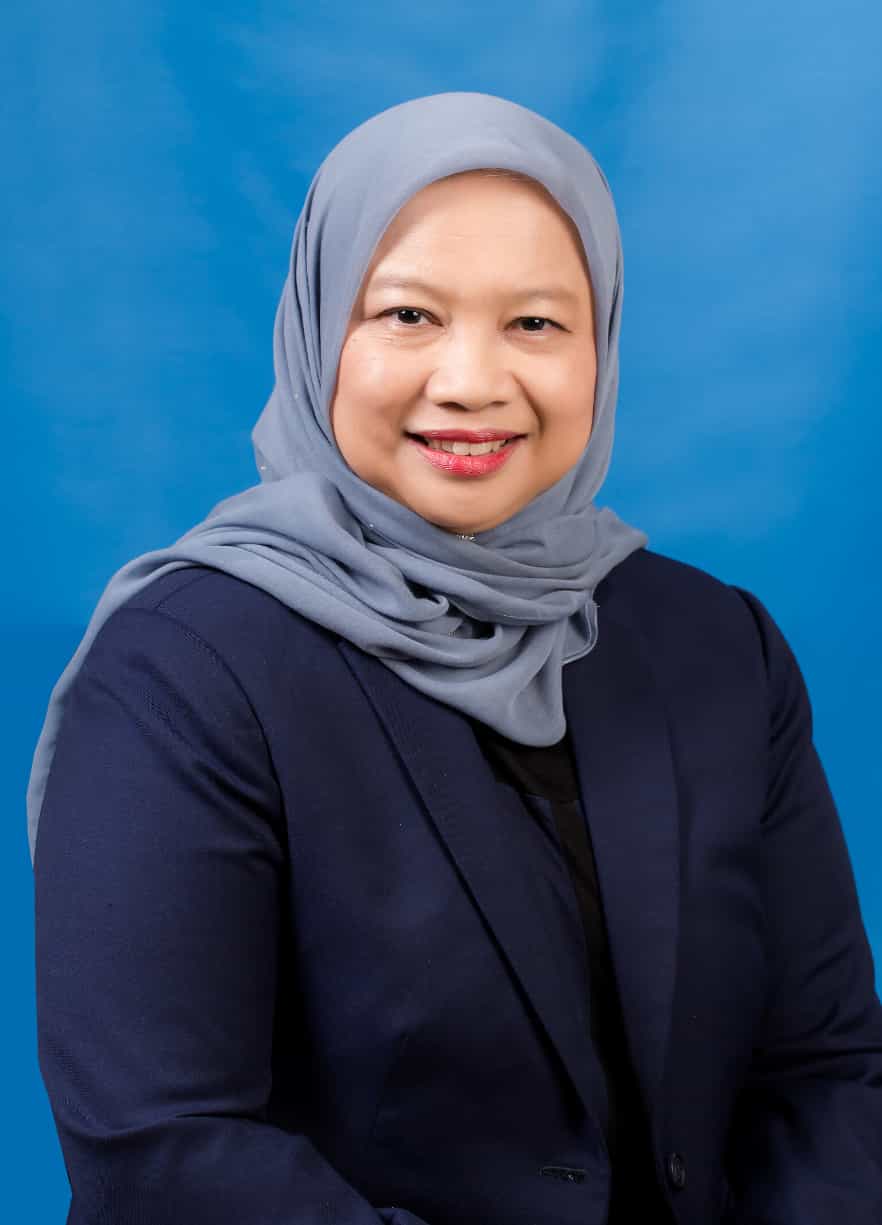 Appointed director of the Company on 30 November 2017, Madam Rohaya Mohamad Yusof, born in 1965, a Malaysian, graduated in 1988 with a Bachelor degree in Commerce (Accountancy), Australian National University, Canberra, Australia and is an Associate Member of CPA, Australia.

Madam Rohaya Mohammad Yusuf was appointed the Chief Investment Officer of the Employees Provident Fund of Malaysia (EPF) in January 2020.

She joined the EPF Investment Division as Head of Corporate Finance in 2008 and was appointed as the Head of Capital Market Department in 2011, overseeing global and domestic fixed income. In August 2017, she was appointed Head of Private Market, whose primary function is to invest in Private Equity, Infrastructure, Global and Regional Real Estates.

She is a member of the Board of Directors of Malaysian Resources Corporation Berhad, Yinson Holdings Berhad and Projek Lebuhraya Usahasama Berhad.

Appointed as a Chairman of Institutional Investors Council Malaysia since January 2020.

Started her career with Arthur Andersen &amp; Co as a Senior Financial Consultant in the Audit Division. In 1990, she joined Maybank Investment Bank and was promoted to the position of Executive Vice President Corporate Investment Banking in 2005. 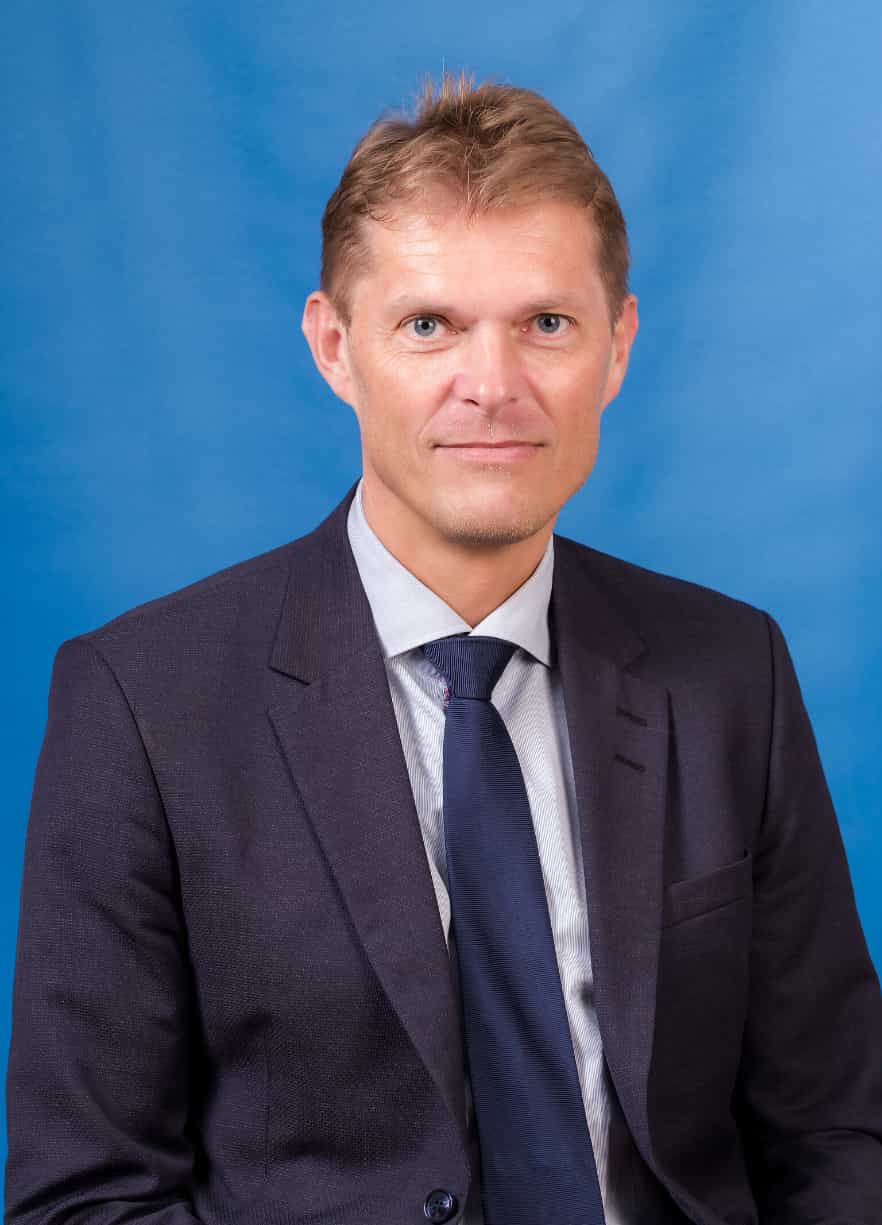 Appointed director of the Company on 21 May 2018, Mr. Jorgen Balle, born in 1964, a Danish citizen, graduated in 2001 with a Masters in Business Administration from SIMI/CBS Copenhagen.

From 2010 to 2019, he served as Executive Director of Frode Laursen Group of logistics companies.

He is also a member of the Board of Directors of other private limited companies in Denmark. 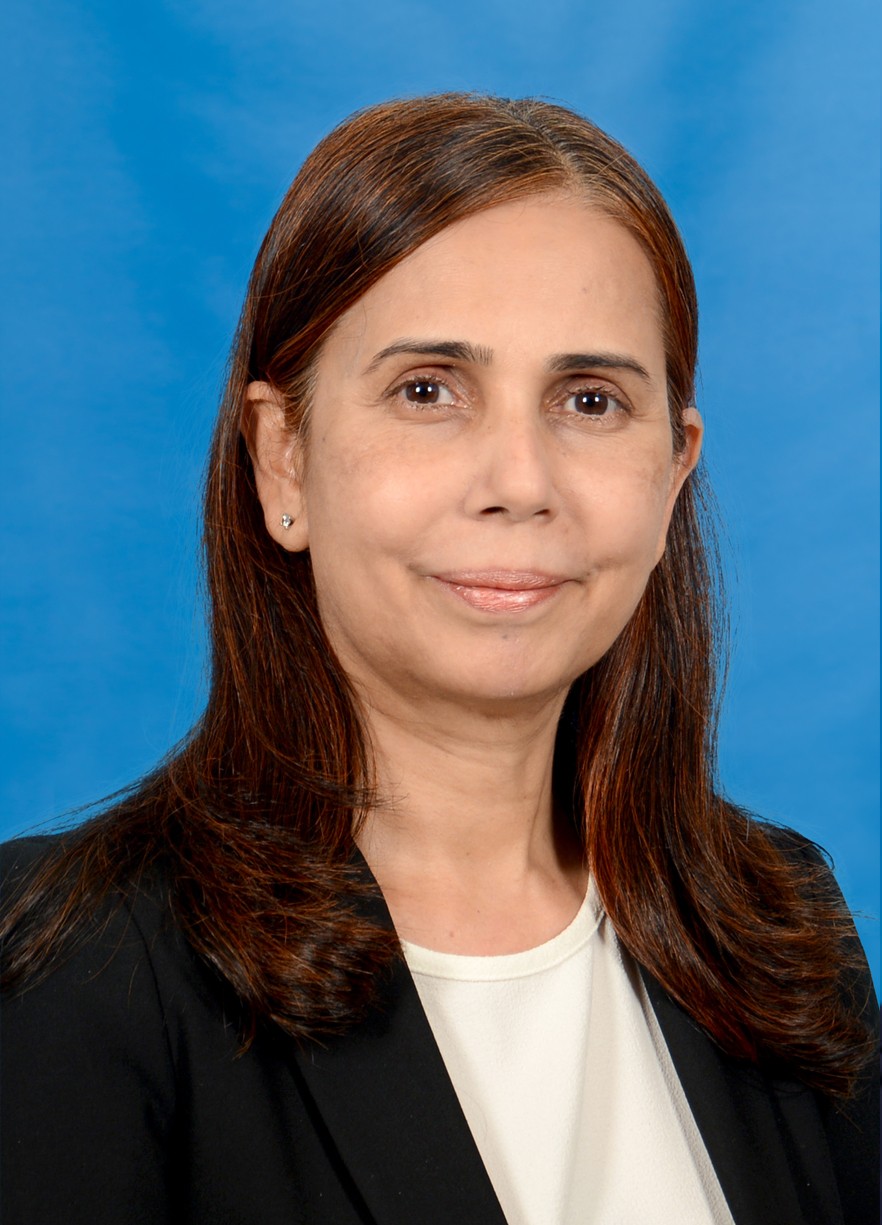 Appointed director of the Company on 6 November 2021, Ms. Belvinder,  born in 1965, a Malaysian,  graduated with a Bachelor’s Degree(Hons) in Communication from University Kebangsaan Malaysia, in 1989. She holds an MBA from the University of Strathclyde, Glasgow, United Kingdom in 2000 and completed the Harvard Executive Programme in 2014. 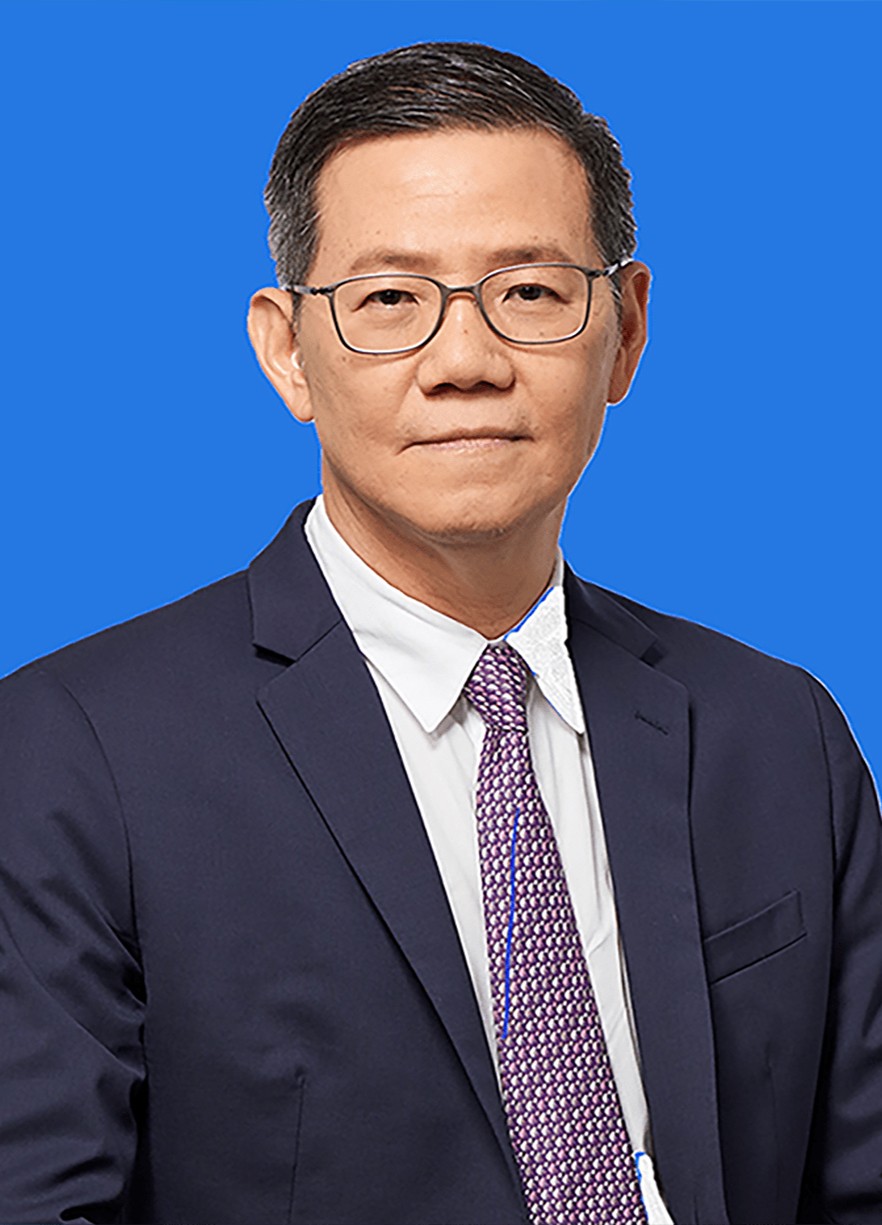 Appointed director of the Company on 26 April 2022, Mr. Yap Seng Chong, born in 1961, graduated with a Bachelor’s Degree in Accounting form University Malaysia in 1986. His career with Ernst & Young, spanned 35 years, two of which were in the London office of the said accounting firm, providing various types of assurance and business advisory services. He previously held positions as Head of Assurance practice, Professional Practice Director, ASEAN Regional and Country Independence Leader before his retirement in 2021.

He is Board member and Chairman of the Risk and Audit Committee of the Malaysia Smelting Corporation Berhad, a company listed on the Main market of Bursa Malaysia and secondarily on Singapore Stock Exchange. He is also a Board member of Hartalega Holdings Berhad.

The Board Charter elaborates the fiduciary and leadership functions of the Board’s roles and responsibilities and is designed to provide guidance, clarity and protocols for Directors and Management regarding the roles of the Board and its Committees.

The purpose of this Directors’ Fit and Proper Policy (“Policy”) serves to guide the Nominating Committee and the Board in their review and assessment of candidates that are to be appointed onto the board as well as directors who are seeking for re-election in United Plantations Berhad (“UPB” or “the Company”) and or its subsidiaries.

The Audit and Risk Committee is responsible for assisting the Board in discharging its responsibilities for monitoring the integrity of the Company’s financial statements, and the effectiveness of the systems of internal controls and to monitor the effectiveness, performance and objectivity of the internal and external auditors.

The primary objective of the Remuneration Committee is to provide a formal and transparent procedure for developing a remuneration policy for executive directors and ensuring that compensation is competitive and consistent with the company’s culture, objectives and strategy.

The primary objectives of the Nomination Committee are to assist in discharging the Board’s responsibilities as they relate to the Group’s board renewal and succession planning, reviews the effectiveness of the Board and Committees, and to assess the contribution of individual directors.

We recognise that a sound corporate governance culture requires constant vigilance and steadfast commitment. Through our Business Principles of ensuring good governance and having in place strong leadership and a clear management structure, we have formalised corporate standards to outline specific operations and guidelines built around our core values of Integrity, Discipline, Innovation and focusing on Social and Environmental care.

CODE OF CONDUCT AND BUSINESS ETHICS

Code of Conduct and Business Ethics

United Plantations has always taken pride in its sustainable approach to all aspects of its operations. For generations, UP has interweaved Economic viability, Environment Responsibility and Social Awareness into the way we conduct our business.

United Plantations has always taken pride in its sustainable approach to all aspects of its operations. For generations, UP has interweaved Economic viability, Environment Responsibility and Social Awareness into the way we conduct our business.

Through investment in employees and advanced technology, UP is committed to providing high quality certified sustainable and traceable palm oil products and services to customers worldwide.

UP strives to play a decisive role and fulfill its responsibilities to the societies and local communities in which it operates.

UP strives to be recognised as a leader in environmental performance by focusing on sustainable agricultural practices while safeguarding natural resources.

Explore the latest details from our AGM and minutes of meetings that take place.

United Plantations Berhad, Company Registration Number 191701000045(240-A), is on and from the 19th December 1917 incorporated under the Companies Act 1965, and the company is a company limited by shares and is a public company listed on the main market of the Bursa Malaysia Securities Bhd.

The Personal Data Protection Act 2010 (PDPA) came into force with the objective of protecting the personal data of individuals with respect to commercial transactions.